Send email to all Shepherds

Nothing so profoundly affects the well-being of a church as the leaders it selects. Their spiritual qualities will determine the character, direction, effectiveness and spiritual maturity of the congregation. Therefore, after much study, thought and prayer, our church family recommends and appoints its leaders. The Bible calls them “elders,” “bishops,” or “shepherds (pastors).” The men on this page have been selected to lead our church family because of their spiritual maturity, their Christ-like attitudes, and their willingness to lead by serving. 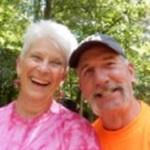 Barry and Terry Allison have been married for almost four decades. They have two sons who currently reside in Alabama. Terry is retired from UTSA and Barry is retired from the United States Army. Barry has worked with First Command Financial Planning, the Tidal Group brokerage firm, has done a stint in business and spent a few months working with Home Depot. Barry and Terry were active in several military congregations in the United States and in Germany prior to joining the Northside family in the fall of 1994. 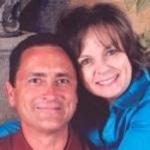 Jim and Charli Bruner are blessed to have been part of the Northside family for 33 years. Jim is a charter member, and Charli worked in the church office for a combined 18+ years. They married in 1984 and have two children, Tara and Chase. Jim and Charli’s greatest passion is working together in the Children’s ministry, and serving on the Children’s Leadership Team. They have mentored teens as small group leaders and activity/trip sponsors in the Youth Ministry. Prior to serving the Children’s ministry, Jim served in the Facilities ministry. Jim is Vice President of Mauze Construction Corporation. Charli works in the accounting office at Wakefield Realtors. 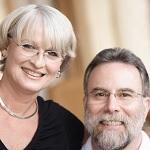 Alan and Sharon Cooper have been members at Northside since 1992. They were married in 1978 and have two daughters who grew up at Northside; Meagan lives in Houston and is married to Kevin White, and Lindsay, who lives in San Antonio and worships at Northside with her husband, Luke Perkins. In addition, Alan and Sharon have four grandsons and one granddaughter; Jaxon, Zane and Waylon White, Isaiah and Naomi Perkins. They have been involved in several ministry areas including planning and attending the bi-annual Campaigns to Fortaleza, Brazil, and Northside’s design and relocation to our current facility. Alan is a Realtor and the managing partner of Wakefield Realtors, Inc. Sharon works with Alan as office manager in the property management side of the business. 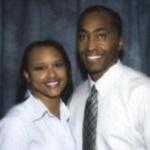 Dexter and Mary Freeman have been worshipping at Northside since 2005. They are involved with the Children’s Ministry, Counseling Ministry, Dynamic Marriage workshops, adult Bible classes and mentoring efforts. Dexter has served as a shepherd at Northside since 2010. He and Mary have been married since 1985 and are the parents of two young men, Matthew and Daniel. Dexter spent 20 years in the Army before retiring in 2003. He is currently the Assistant Director of the Army Master of Social Work Program at Fort Sam. Mary is a registered nurse in the Northeast Independent School District. 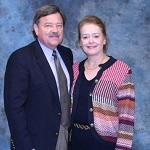 Jim Martin is a family physician, and he and his wife Mignon have been at Northside since 2005. They have three married adult children and nine grandchildren. Their daughter Hailey Mullican and her husband David and their three children also attend Northside. Jim has served in various adult education roles as a teacher, and Mignon is a CASA volunteer and involved in the SAFE ministry. Prior to being at Northside, they had been at the Oak Hills Church of Christ for over 35 years. 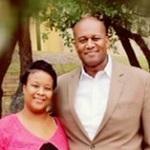 Rod and Tina Syrus moved to San Antonio in 2012, and have been members of Northside ever since. Rod is the Director of Customers Relations for Dahill, Inc., while Tina a Licensed Massage Therapist. They have been married for almost 25 years and have 4 wonderful children, and 1 grandchild (Sage). Their son Martrell lives in Amarillo, TX, while the other 3 (Roderick Jr., Mi’Lan, and Summer) still reside at home. Rod and Tina both have a strong love for the Lord and have both been a part of His family for over 35 years. Rod continues to teach our care centers, adult Bible classes, and develop Christian relationships through jail/prison ministries. 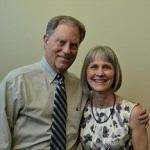 Bruce Utley has served at the Northside Church of Christ since 1982. Before coming to San Antonio, he served as Campus Minister and taught at the University of Science and Arts of Oklahoma. He holds the Bachelor of Science, Master of Divinity, and Doctor of Ministry degrees, all from Abilene Christian University. He is a member of the Christian Education Association and the American Association of Christian Counselors. He and his wife, Sharon, have two adult children, Clay and Erin. They have four grandchildren. 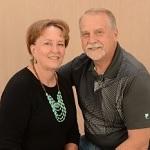 Tom and Laura Zimmer married in 1977, have 3 children and 9 beautiful grandchildren. Tom served in the Air Force for eight years and is now a Network Engineer at USAA where he’s worked since 1988. They have been at Northside since 2006 and have served in many different Ministries.